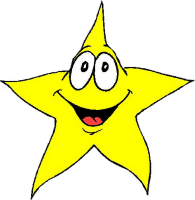 A missionary goes to Africa to visit a community, a very old, primitive tribal community. He gives a long sermon. For half an hour he tells a long anecdote, and then the interpreter stands up. He speaks only four words and everyone laughs uproariously. The missionary is puzzled. How is it possible that a story half an hour long can be translated in four words. What kind of amazing language is this? Puzzled, he says to the interpreter, “You have done a miracle. You have spoken only four words. I don’t know what you said, but how can you translate my story, which was so long, into only four words?”
The interpreter says, “Story too long, so I say, ‘He says joke — laugh!’ ”
An African chieftain flew to the United States to visit the president. When he arrived at the airport, a host of newsmen and television cameramen met him. One of the reporters asked the chief if he had a comfortable flight. The chief made a series of weird noises….”screech, scratch, honk, buzz, whistle, z-z-z-z-“…and then added in perfect English, “Yes, I had a very nice flight.”

Another reporter asked, “Chief, do you plan to visit the Washington Monument while you’re in the area? The chief made the same noises…”screech, scratch, honk, buzz, whistle, z-z-z-z”…and then said, “Yes, and I also plan to visit the White House and the Capitol Building.”
“Where did you learn to speak such flawless English?” asked the next reporter.
The chief replied, “Screech, scratch, honk, buzz, whistle, z-z-z-z…from the short-wave radio.”

A mouse is in his mouse hole and he wants to go out to get something to eat, but he’s afraid there might be a big cat outside, so he puts his ear by the opening and all he hears is “Bow Wow” so he thinks, “Well, there can’t be a cat out there because there’s a big old dog”, so he goes out of his mouse hole and is promptly caught and eaten by a cat, who licks his lips and says “It’s good to be bilingual !!”

ODE TO A SPELL CHEQUER

I have a spelling chequer
It came with my PC
It plainly marks for my revue
miss takes I cannot see
I’ve run this poem threw it
I’m shore your pleased two no
its letter perfect in its weigh
my chequer tolled me sew.

RESCUE
Two translators on a ship are talking.
“Can you swim?” asks one.
“No” says the other, “but I can shout for help in nine languages.”

“The ability to speak several languages is an asset, but the ability to keep your mouth shut in any language is priceless.” ITI Bulletin, 6, 7, 1990